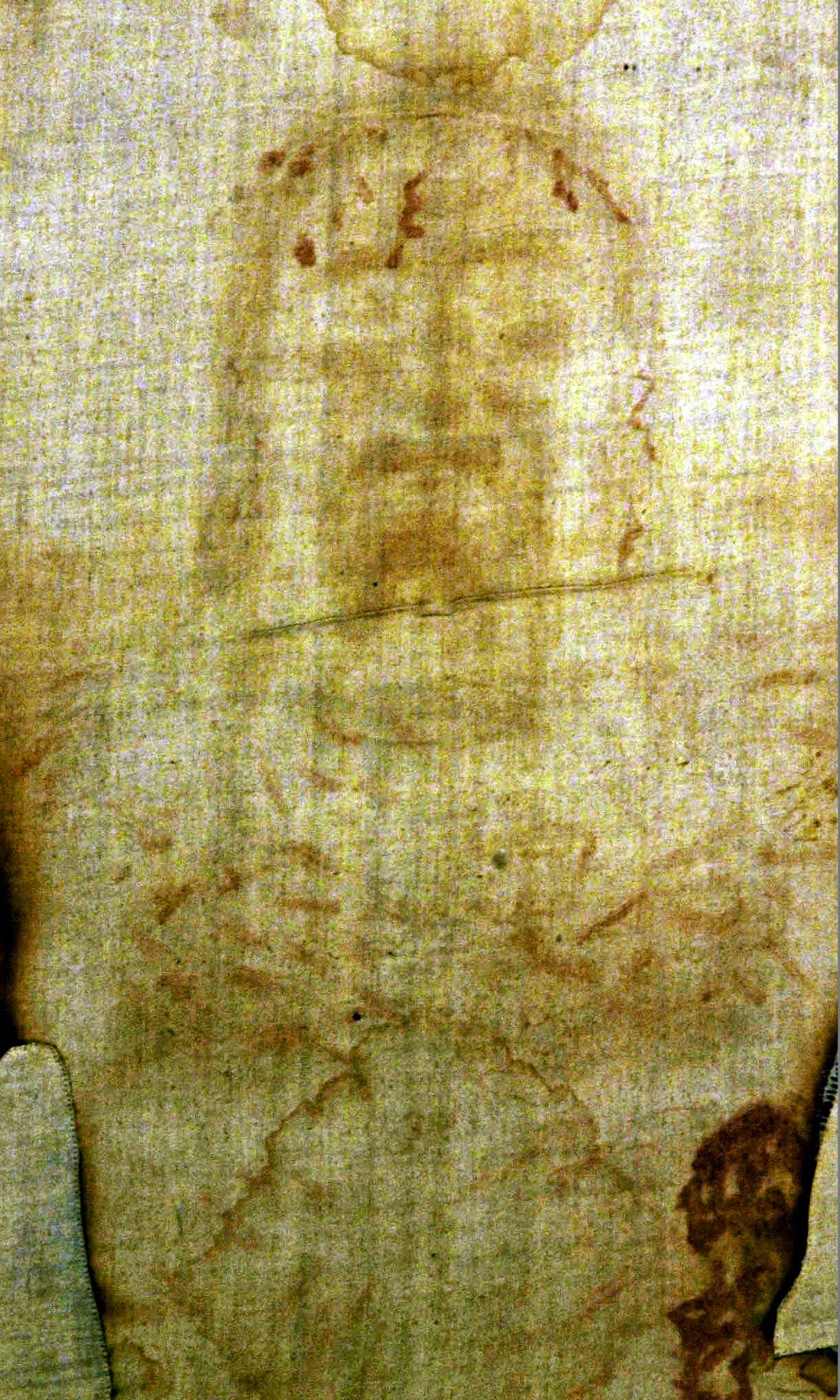 "You've started, so you can finish". Following last night's post, I'm told I have to continue. Here is the text of my homily at the Liturgy this afternoon, today we reflected on the Suffering Face of Jesus which is preserved in the Holy Shroud, but also on St Veronica's veil.

The Holy Face of Jesus II: The Suffering Face

In his meditation on the Holy Shroud of Turin, during his Apostolic Visit to Turin in 2010, Pope Benedict XVI described the relic as an icon, and on this icon is preserved the image of the sufferings of Jesus, the wounds, the marks of his passion, that passion which we enter into today.  Contemplating the Shroud the full extent of the brutality meted out on the Lord becomes all too clear and it is hard not to become emotional as you count every wound (as if that was possible) and realise what each blood stain signifies. In this blood, his blood, the Lord reveals his image, and much more. Before being elected Pope, the then Cardinal Ratzinger elaborates on this in a paper delivered to a conference in Rimini in 2002; he wrote “He Who is Beauty Itself has let His Face be hit, has let Himself be spat upon and crowned with thorns. The Holy Shroud of Turin can let us imagine all that in a touching way. But in such a disfigured Face authentic, extreme Beauty appears: the beauty of the love which lasts "unto the end' and.....reveals itself as stronger than falsehood and violence”.

Today we can all become Veronica: today the suffering Face of Jesus is presented to us, a Face transfigured by pain, bearing the full burden not only of human affliction and suffering, but the greater burden of the sins of the entire world. Revealed on this Face is not just the suffering of man, but also the suffering of God. The Face of Jesus is covered in his blood, and with this blood he will imprint the image of his Face first on the towel of St Veronica as he makes his way up to Golgotha, and then, later, on the Shroud as he rests in death, the ordeal finally over: the Face of the Lamb of God sacrificed for us. We are to understand that if we wish to come to the vision of the Face of Christ, the vision of the Face of God, we must first enter into his passion and death. We are redeemed by that suffering, by that eternal oblation, so it is fitting that the only authentic image of Christ should be preserved on the cloths recording his passion, cloths that themselves were used to console: Veronica’s veil, lovingly offered to provide some comfort, some relief - to wipe away the blood, sweat and sand; the Shroud in which he was tenderly wrapped, as in swaddling clothes, to lay his body in the tomb.

This image of the suffering Face of Jesus is an icon in another way too: it is an icon of love, of the love of God. Here, reflected on the Lord’s suffering Face is the extent of how far God was prepared to go to save us – to offer his only Son as expiation for sin. There is no greater love, Jesus tells us, than to lay down one’s life for one’s friend; Jesus laid his down for those who consider themselves his enemies: there is true love. The suffering Face of Jesus which we see imprinted on the Shroud is an invitation for us to draw close to him who was raised up for us to be reconciled.

The veil is pulled across for us again today so in the Face of Jesus we can see God’s love, so we can be transformed by that image, touched to the heart, become repentant and be received back into the fold.
Posted by Father Director at 6:10 PM