A Martyr For Truth 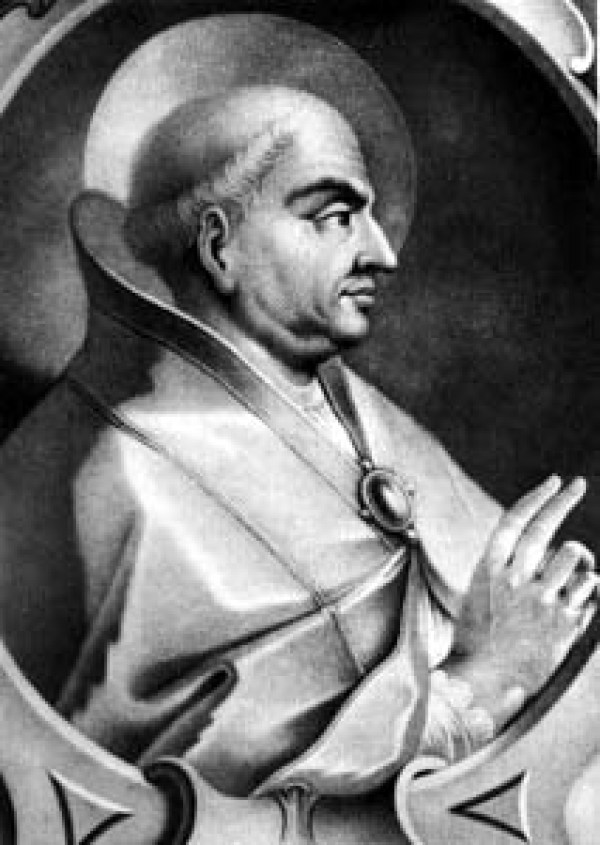 After Holy Week and the Easter Octave the feasts begin again, and what a wonderful feast today for us in these times: the martyr, Pope St Martin I. Pope St Martin died in exile in the Crimea in the year 655, the last pope (to date) to be martyred.  St Martin died from the harsh treatment that was meted out to him by officials of the Roman state which, though it considered itself Christian, had embrace the Monothelite heresy. As the defender of orthodoxy, Pope Martin fell foul of the emperor, Constans II, and because he refused to change Church teaching to accommodate the heresy he was arrested and exiled. It is also interesting to note that St Martin's election was not approved by the emperor.

There are many lessons to be drawn from St Martin's life and suffering - endurance being one of the most important. But there is also another which is of relevance today and it concerns the unwelcome interference of the State in matters of doctrine and moral teaching. Martin suffered because he would not allow the secular state to redefine who Jesus Christ was. The Monothelite heresy emerged out of a disbelief in the fullness of Christ's humanity, the State approved of that and so sought to coerce the Church to adopt it as official teaching. Martin stood firm.

Today the state often interferes in matters beyond its competence, the recent push to redefine marriage, family and gender, not just theological issues, but issues of natural law and biology, being a case in point. I have no doubt that if the state is successful in this it will bring untold suffering - not just to Christians who remain true to God and nature (I have no doubt that certain lobby groups will use the full force of the law to persecute orthodox Christians to annihilate all opposition), but also children and even the very people who are pushing for these changes.  While God is forgiving, nature isn't - mess with nature and it will come back at you with devastating results.

The great theologian St Maximus the Confessor was arrested with Pope St Martin and shared many of his trials and sufferings.  As is always the case those who are most articulate, the great defenders of truth and orthodoxy, tend to be taken out, silenced so they cannot speak - Maximus had his tongue cut off. Again we are seeing that today. In Ireland, for example, in the campaign for the gay marriage referendum the articulate defenders of the family, nature and truth are being rounded on by proponents of the change and the media in attempt to silence and demonise any opposition. We are in a very bad place at the moment, the pillars which hold up society are being pummeled by ideologues, if they keep at it, they will crack and collapse and fall down on us all.

Let us ask Pope St Martin and St Maximus to pray for us in these times.
Posted by Father Director at 7:01 AM