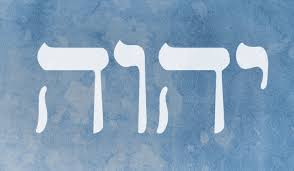 Meditating on the Lord's Prayer with St Genesius

Hallowed be thy Name

The Name of God is holy. After he revealed it to Moses, the Jewish people venerated it so much they would not utter it for fear that they would become too familiar with it. They praised God’s name, cherished it and sought to proclaim it through their lives. They sought to offer everything in order that that holy name would be glorified and honoured. St Ignatius of Loyola had the same desire when he chose for the motto of the Society of Jesus: “For the greater glory of God”. Our lives are meant to glorify God, and in giving such glory to God’s name we are blessed and glorified in turn. May his name be held holy, may it be glorified and praised: such should be the prayer of the Christian; and so too the prayer of the artist. Gifted by God with tremendous creative talents, indeed sharing in the creative work of God the Father, the supreme Artist, human artists should seek to honour him with their work, inspire others to honour him and so win glory for themselves, for they will be immersing themselves in the work of the divine in doing so. St Genesius tried to do this. On stage following his conversion he sought to raise the work of drama into a work of praise and he won eternal glory for his efforts.

Novena Prayers
Posted by Father Director at 7:01 AM

Email ThisBlogThis!Share to TwitterShare to FacebookShare to Pinterest
Labels: Novena 2014