Mass Of Solidarity: Spread the Word 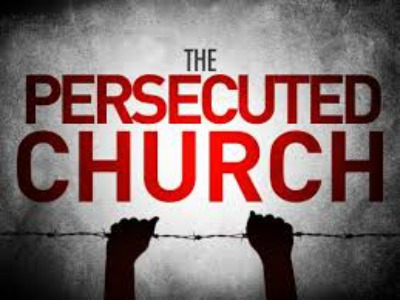 There will be a Mass of Solidarity with the persecuted Christians of Iraq in St Teresa's Carmelite Church, Clarendon Street, Dublin, on Monday 18th August at 5.30pm. All are welcome. Spread the word.

A statement from the Iona Institute:

A Mass of Solidarity with the persecuted Christians and other religious minorities of Iraq will take place at 5.30pm this coming Monday (August 18) in St Teresa’s on Clarendon Street, Dublin 2.

What is currently unfolding in northern Iraq is one of the worst examples of religious persecution in many years. The Islamic State has driven tens of thousands of Christians and Yazidis from their homes. Many have been killed.

Christianity has existed in Iraq since before it arrived in Ireland. The Christians of Iraq are the descendants of the Assyrians, the pre-Arabic people of the region.

The persecution of Christians is now worse and more widespread than at any point in the history of Christianity. Christians and other religious minorities are being subjected to varying degrees of persecution in almost half of Africa and most of Asia.

The Mass on Monday will be an opportunity to show of solidarity with the Yazidis and with our suffering fellow Christian believers in Iraq.

Please spread the word so as many people will attend as possible.

There may be a collection for Aid to the Church in Need after Mass.
Posted by Father Director at 2:00 PM