Ukraine: A Pawn In The Struggle For Power?

The scenes from Kiev are deeply unsettling.  All out war seems to have broken out in the Ukraine and the Churches there are doing their best to keep peace.  We have all seen the photographs of the Orthodox priests putting themselves between the combatants.

From what I have read and seen on the news it seems that this is, ultimately, a struggle between the European Union and the US (West) and Russia led by Vladimir Putin (East). The citizens of the Ukraine seemed to have developed loyalties to either one of these powers and now they are fighting on the streets to push for deeper ties and an alliance with whatever superpower. This may well lead to civil war, one caused by external powers. Or so it seems.

But then this whole thing is very complicated, and internal problems do not help.  There is a lot of poverty, as as is the case with many of the post-Soviet and former Iron Curtain countries.  There is a huge gap between the rich and the poor.  And the present global economic crisis probably does not help matters. And then there is nationalism and political alliances, and as in every government, corruption of one form or another.

We must pray for peace.  And we must pray that the superpowers who have their eyes on what is a strategic country will pull back and leave the people of the Ukraine to decide the future of their country.  We do not want another Cold War, or worse, another World War.  In this decade we will be commemorating the First World War, surely nation states have learned the lessons of that disaster? 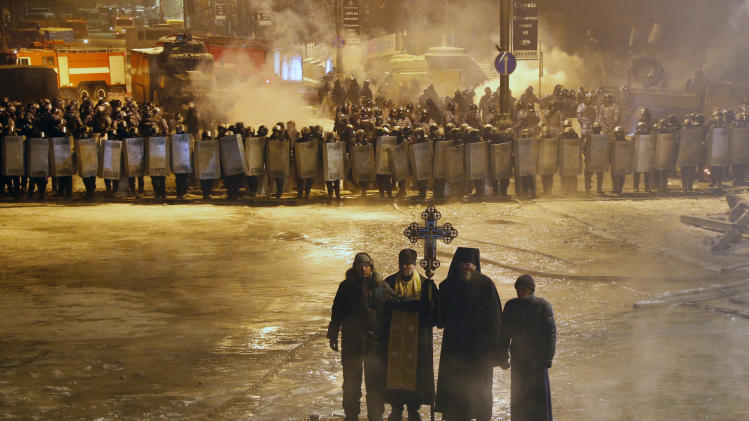 Posted by Father Director at 12:31 PM