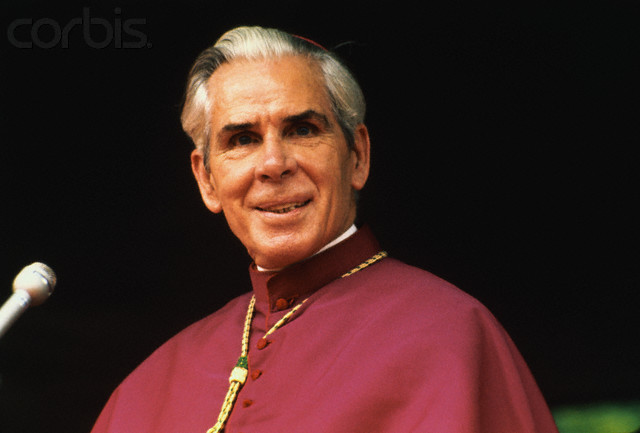 Great news today - Archbishop Fulton Sheen has been declared Venerable by Pope Benedict XVI.  With the work on the miracle being processed at the moment, I think we will see his beatification in the next few years.   This is wonderful for the Church, for priests who preach the truth and for those involved in the media.  As one who fearlessly preached the Gospel over the airwaves, and suffered for it, his glorification will be a great sign of hope as we move forward in the New Evangelisation.

I think the Venerable Fulton has friends in Rome: his positio was presented thirteen months ago - this is fast according to CCS standards.  I presume the powers that be want him beatified quickly. I know of other Causes with accompanying miracles presented long before Sheen's which are still awaiting the decree. 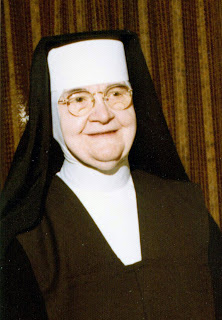 I see Mother Angeline McCrory has also been declared Venerable.  I knew her sisters in the New York -one of them, Sr Aloysius McBride, was a dear friend - she died a few years ago.  It's a pity she did not live to see today, she would have been thrilled.  She knew Mother Angeline and her stories about the foundress were always entertaining and beautiful.  Hopefully her Cause will proceed quickly to beatification.  The Venerable Angeline has a lot to say about the dignity of old age and the importance of respecting life. She would be a great patron to invoke against euthanasia.  Mother Angeline was Irish!  She was born in Co. Tyrone and emigrated to Scotland, her family's native country, when she was seven, and then to the US when she joined the Little Sisters of the Poor.  She founded the Carmelites of the Aged and Infirm. 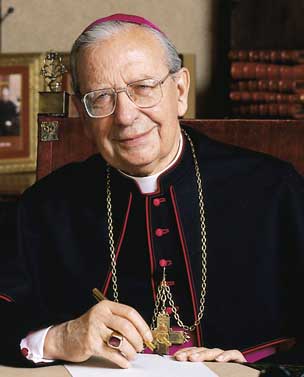 Bishop Alvaro del Portillo, companion of St Josemaria Escriva and second leader and first Prelate of Opus Dei has also been declared Venerable.  So it's a bumper lot today.

I'm not sure if you saw this article. Gary Krupp of the Pave The Way Foundation says that the fight against the "black legend" constructed about the Venerable Pius XII is almost over.  Meticulous research has proven beyond a shadow of a doubt that the accusations made against him are untrue. Of course everyone knows that, even those who are propagating the accusations.  Krupp is well aware of this and he takes the unusual step of referring to those who perpetuate the accusations not as scholars but as liars.  At this stage I think few who know the truth will disagree with him there.

And it seems the Supreme Court of the US is upholding Obamacare.  We will have to see what it thinks of the HHS Mandate.  The guys over at Creative Minority Report are not happy: they tell us that the only way to get rid of this attack on religious freedom is to get rid of Obama in the November elections.  We shall see how things go there.  Is it possible that the Archbald brothers are plotting rebellion??
Posted by Father Director at 5:34 PM