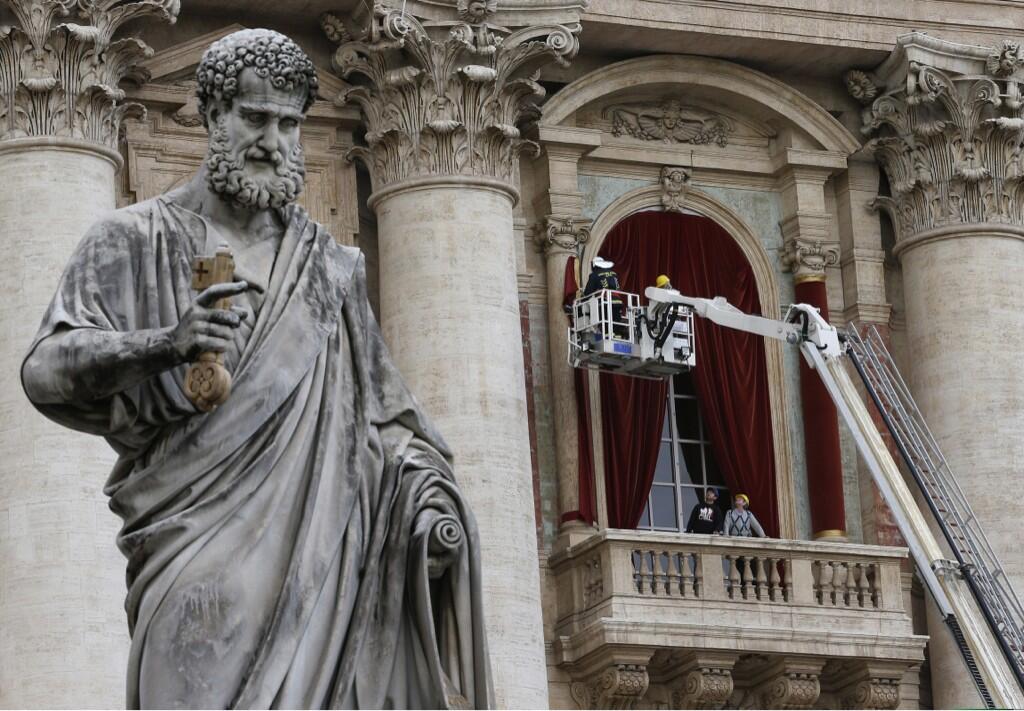 Just over twenty hours to go, and at this stage our prayers, our minds and hearts must be with our Father Cardinals as they prepare to enter the Conclave.  They are aware of the enormous task they have, and no doubt equally aware that God expects them to act in accordance with their conscience, leaving favouritism, politics, media and other influences out, but rather, in prayer, listening to what the Holy Spirit is saying to them.  A difficult task lies ahead, so let us all remember them, and in particular the Cardinals that we have adopted.
That said reflecting on the last couple of weeks I reminded of so many Conclaves in history in which  external political entities tried to control the process.  I think particularly of the veto exercised by Emperors and Kings, I see that groups today are trying to steal a veto for themselves - the most obvious being SNAP in the US who at first blacklisted twelve Cardinals, and then blacklisted the rest as they produced a "terna" of candidates which would be acceptable to them.  I also see the media trying to muscle in, even to strike fear into the hearts of the Cardinals as they resurrect old scandals and bombard the airwaves in an attempt to get the liberal Pope they desire.
Well, as we all know that will not happen.  The one chosen will be orthodox.  As Cardinal Dolan points out, the new Pope will not change Church teaching, so whenever the new Holy Father walks on the balcony, and in the first months of his papacy, there will be many bitter and disappointed people.   We must pray for them.  William Oddie thinks that the secular media will lose interest after the election and we will be left in peace (for a while) with our new Holy Father: well, as a friend of mine often says - "From his lips to God's ears!"  May it be so.   The days and months after the election will be wonderful as we get to know the new Pope.
Indeed, in these hours my thoughts turn to him, whoever he is.  He is preparing to enter Conclave and his life will change forever in the next few days.  He will be asked to make the greatest sacrifice of his life, lay down his life in the service of the Church in the most radical way.  Not only will the burden of the Church be put on his shoulders, but he will face the attack of those who hate the Church, and it will be dreadful at times.
So let us all pray tonight for the one chosen.  He will be our Father, so now let us, as his spiritual children, ask the Lord to bless him and strengthen him, to prepare his heart and to give him the gifts of peace, wisdom and joy.  Indeed, may the Lord grant him a broad back to carry the cross, and the vision to look beyond to the vision that awaits those who are faithful, not only to be encouraged himself, but to encourage all of us in these difficult times.
I note a new practice has been added to the ritual following the election: before he comes out onto the balcony of St Peter's the new Pope will go to the Pauline Chapel to spend some time in the presence of Jesus in the Blessed Sacrament - a good start.
The American Cardinals are in good form; this photograph, taken in the bus which is bringing them back and forth to the General Congregations, is a wonderful human image.  As one would expect Cardinal Dolan, always full of fun, takes the rowdies' position at the back!

Email ThisBlogThis!Share to TwitterShare to FacebookShare to Pinterest
Labels: conclave 2013