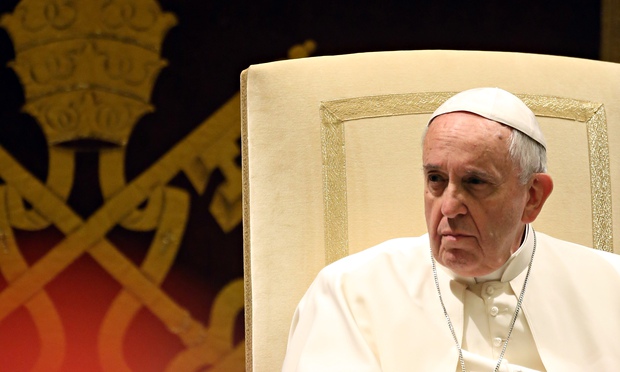 The Pope's criticisms of the Curia have made headlines all over the world, as one would expect I suppose. As you know the Holy Father delivered his stinging critique during the annual meeting at which the Pontiff traditionally imparts his Christmas greetings to the priests, religious and laity that serve the Holy See.

I am not going to comment on what the Holy Father said, at this stage there are enough people jumping on it making hay. I will only say that if an employer in any area of business, industry or service spoke to his employees in a similar manner he or she would have not only lost goodwill and trust, but would probably have a major strike to deal with, and perhaps even rightly so.

It needs to be said that most of those who work in the Curia are hardworking, devoted men and women who serve the Pope and the Church with an enormous amount of goodwill and generosity. Are there bad eggs, careerists there?  Yes, of course, as in every organisation and group, just as there are among priests, religious, bishops and even the college of Cardinals, and there have been bad eggs and heartless careerists among the Popes too if you look over the Church's history. And lest the secularists be preening themselves there are bad eggs in secular organisations too and, yes, surprisingly, there are bad eggs among those who have made a career of criticizing and attacking the Church. We can thank original sin and human sinfulness for all this.

It seems the Curia has become the scapegoat for all that is wrong in the Church, and to be honest that attitude is not just wrong and uncharitable, it is lazy, it is a refusal to see that there are bigger problems in the Church than the Pope's civil service. Yes, there were scandals and the sources of those scandals need to be sorted, but to do so requires a larger reform of the Curia than some have been suggesting.

And what should this reform consist of? Sacking bad eggs? If you can find them, yes. Outlawing careerism? Well that will be a harder nut to crack simply because the Holy See in a way depends on careerism to keep the Curia going. How so, you might ask? Well not because of entrepreneurial ambition where good results get you promotions. No, because the pay is so bad in the Curia the carrot to keep the priests happy and dedicated, or at least working, has often been the possibility of becoming a monsignor and perhaps even a bishop.

Life in Curia is not easy, that is why most priests dread the thought of being sent there. Priests who spend their working lives in parishes and other ministries, with the freedom to serve the people of God, form friendships and be part of people's lives shutter at the thought of going into a system which is run like a junior seminary, where loneliness is the most common disease and being overworked is ignored; and then having to navigate their way through intrigue, disillusionment and cynicism. Some priests in the Curia try to nurture a pastoral ministry in the city or suburbs to keep them sane as well as sharpen pastoral skills which can be blunted in Papal service.

The lifeline for many good curialists is prayer. But, sadly, some turn to other distractions, chief among them alcohol, the scourge of many a burnt-out worker. Often these priests do not have their family or loving parishioners around them to see the warning signs and come to their help.  And as I have seen on a couple of occasions, when Curial priests fall to this they are retired out and left to their own devices, and that can be disastrous. Indeed I know of some bishops who try and resist requests by the Holy See to second their priests to the Curia, not only because they do not want to lose manpower in the diocese, but out of concern for their priests.

The Curia is not perfect, and I will not defend all that is wrong in it: it is typical of all human organisations. The fact that the Church has not fallen because of human failings and sin is proof that God is in charge. However, we do have to recognise that there are good people who work hard with little in the way of remuneration for the Holy See and the Church. Popes do actually rely on the goodwill of their Curial officers who give vastly more than they receive from any Pope or the Church. Reform must take place, but it must also include charity and justice: working conditions do have to be improved within the service; as any employer will tell you - treat your workers right and they will work hard, be loyal and you will diminish intrigue, ill will and frustration.

Some might say to me: "Well, they are doing it for God and they should be happy to do so, to give all" - I do not disagree, but we must also remember that Jesus made a point of reminding us that the labourer deserves his just wage, and the Church has taken that so seriously that she has included among the sins that cry to heaven for vengeance acts of injustice towards workers and their pay. The Church should be a leader in world industrial relations and labour rights - did Pope Leo XIII write his encyclicals in vain? As with charity, justice must also begin at home. Get that right and the Church will have gone a long way to beginning a reform of the Curia.
Posted by Father Director at 10:09 PM