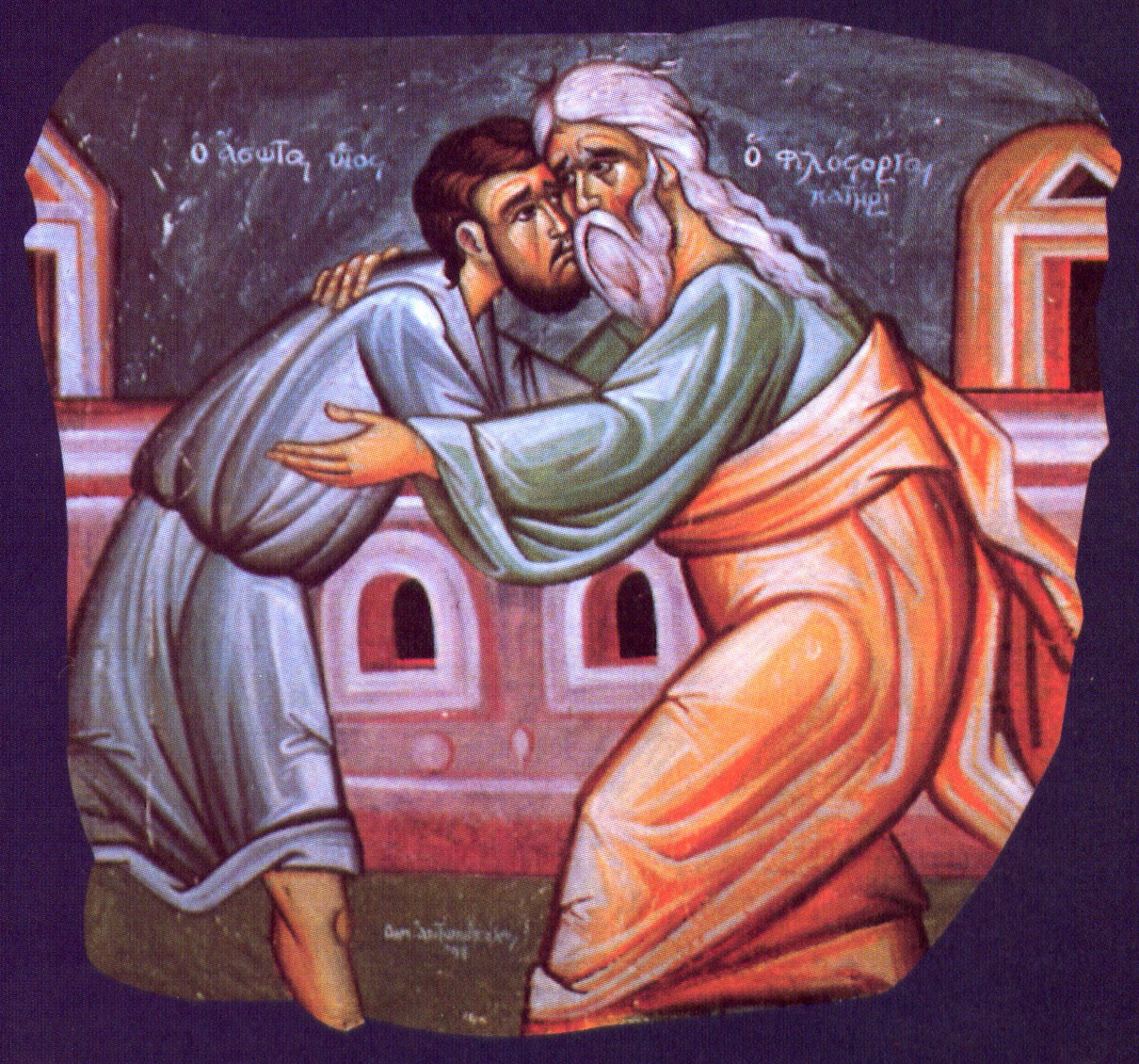 There is a well known saying that we can all identify with: "You can choose your friends, but you cannot choose your relations".  That is meant to console us in the midst of familial difficulties.  We might also hang on to the suggestion that we are called to love our neighbour not necessarily like them for other problematic relationships.  And yet is not the greatest scandal among Christians their lack of unity, not just in terms of denominational relationships, but even within the communion of the Church?
One of the more intriguing tit-bits of information gleaned from the Acts of St Genesius is that which reveals he had a difficult relationship with his parents.  That is not unique.  But Genesius's estrangement was based on faith: his parents had become Christians and this led to his rejecting them.  Again this is not unusual - Our Lord tells us in the Gospel that he came to bring division - division between those who believe and those who do not, and that division would even enter into families.
Some of the interesting questions which emerge in relation to this are: was Genesius reconciled with his believing parents when he became a believer himself?  When he was in the catechism class, under false pretences, was there a "reconciliation"?  When he revealed his true colours was there another estrangement?  And when he finally accepted faith and proclaimed himself a disciple of Christ knowing he would suffer for it, was there a final reunion?
We will only know the answers to these questions in heaven, but we do know that those who truly embrace Christ and seek to live his way faithfully open the door to reconciliation and communion.  When brothers and sisters live in the unity of faith, as the psalm tells us, then there is communion and joy.
In these difficult times one of our priorities as orthodox Christians is to nurture and strengthen our communion with each other.  Ultimately we are one family and we must learn to love each other.  There may be difficulties - we all have faults and bad habits: in one way or another we are all difficult to live with.  But at the end of the day our communion with each other must transcend our human failings and frustrations with each other. In the end we must always remember and act upon the love we should have for each other.  It may seem difficult, we may well have to swallow our pride, but if we remember God gives us his grace to keep us united to each other, then we can let go and be reconciled with our brothers and sisters.
Remember, it is said that blood is thicker than water, but for us baptised, the waters of baptism is thicker than blood!
Novena prayers are to be found here.﻿
Posted by Father Director at 8:00 AM