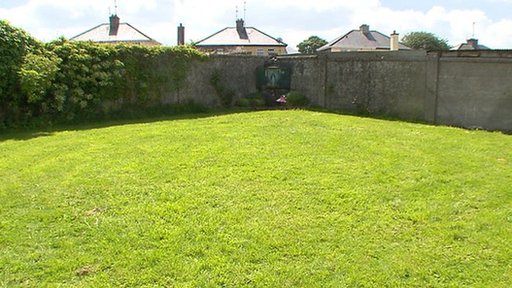 As you all know the media in Ireland and elsewhere is ablaze once again with the story of a Mother and Baby home in Tuam. According to reports, up to 800 babies are buried in a septic tank in a mass grave on the former site both of the home and an earlier Workhouse.  The story is not new, such allegations have been the subject of media reports on and off for the last ten years or more.

Now I do not know if these reports are true or not. What I do know is that figures and allegations are being reported, but I notice, while people are being stirred up, the media is being careful in the language it uses. And of course it has to because at the moment, despite what many are now saying, there is no physical evidence that these allegations are true. So far we just have the thesis of a historian and the memory of two men who claim they saw bones when they were twelve.

I am not denying that the allegations could be true, nor do I know if they are false or confused. But given that the topic is so serious a proper investigation must take place, and an important part of that investigation must be a thorough excavation of the alleged burial site. This for two reasons: first of all to establish that there are bodies there and to see if they are crammed into a septic tank as alleged. If there are bodies it must be established who they are: the site was used both by the home and a Workhouse - if bodies are there they could have come from either institution. The second reason why an excavation must take place is to provide the remains, if there, with a respectful burial in consecrated ground.

A simple investigation or tribunal is not enough. We cannot have a situation where the site remains untouched, now that the allegations have been made justice demands that the site be examined. Any refusal to do so should be viewed with suspicion.

On a couple of issues being reported in the media.  First that the babies were denied baptism: that is a outright lie, pure fabrication and malicious in nature. For all the faults of Catholics, when a baby was born one of the first things they did was baptize. Secondly, that those adopted from these homes are being frustrated in their search for their natural parents by the nuns who ran the homes. In reality it is not the nuns, oftentimes it is the State and at times birth mothers themselves who have created various fictions to prevent adoptees finding their origins. At the moment an adopted person cannot get a copy of their original birth certificate without the explicit permission of the birth mother. The law, seeking to protect the identity of the birth mother, has put in place various barriers to prevent a child getting information without the woman's consent. That is not right.

As regards the situation with Mother and Baby Homes in Ireland. They were not nice places. Most, if not all, were run by religious institutes be they Catholic or Protestant. They were required because the "good Christian people" of Ireland felt they had to put their pregnant daughters away lest the family lose respectability in the community. In Ireland then, and still today, respectability far outweighs Christian values. The very existence of these homes lead me to wonder if the Irish ever really got the Gospel - events in the last number of years of Ireland lead me to continue asking that question. Many seemed to have been deaf to the Gospel and Church teaching. As a Catholic who has lived in Ireland all my life, I see such scandals as revealing a darker side not of Catholicism, but of the Irish, and we as a people have yet to face up to that dark side. To be honest, I cannot see that happening: as a people we may have abandoned Christianity, but as secularists our flaws remain, and may well worsen.

In the homes themselves we find women and girls dumped by their families and the Irish State, put into the care ("custody") of nuns and others who had little resources and often few skills to provide for the needs of many of these unfortunates. The State was not committed to providing real assistance, offering miserly stipends to the homes, measly amounts that put the orders and homes under pressure. One nun I know who worked in an orphanage spoke of social workers arriving unannounced with a child or a family of children in tow and dropping them off to be looked after. The nuns were left to care for these children, often for years, with little or no support from the State, while the social workers skipped off to save the day in another poverty-stricken Irish family home.

Does that sound harsh? Well, as the filth is flying, being thrown in one direction, I think the respectable and offended Irish need to have a good examination of conscience and see that they might well deserve to be in the firing line too.
Posted by Father Director at 5:00 PM