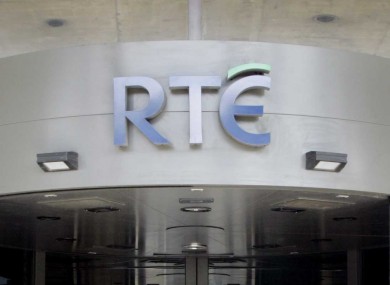 In recent years Irish state broadcaster RTE has been accused of political bias when it comes to presenting views its left wing employees tend not to like. Too often pro-life people, conservatives and Catholics, when invited on to debate find themselves vastly outnumbered on panels and the discussion usually charged against them. Many have accused RTE of group think and failing in objectivity.

Well it seems RTE found itself in a little bit of bother last night as it tried to stage a debate in the Euro elections: it found it lost its grip in trying to control the proceedings. Here is an article summing up what happened - one of the candidates in the election, it seems, claims he was dragged off because he protested the state broadcaster's excluding him from the debate. This candidate is in fact blind. Following this is the protest issued by Euro candidate Ronan Mullen, while this was live on TV, RTE excised it (censored?) from its recording of the programme which was archived on its website. I believe the material has since been restored.

A spokesperson for RTE has defended the episode's redaction by claiming it was a "technical glitch" - that's one way of putting it.

Posted by Father Director at 5:29 PM