Following on from yesterday's post, I was looking at the Basilica of San Frediano and it seems there are other Saints buried and venerated there too. 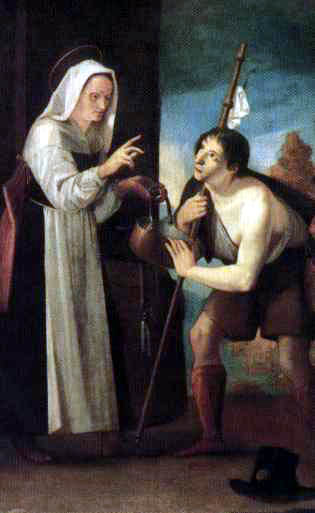 St Zita
The first is perhaps the most famous - St Zita.  Her incorrupt body rests in an altar not far from St Frediano's.  Born around 1212 in a village not far from Lucca, she became a servant in a household in Lucca.  She had a pretty difficult time, mistreated by the other servants; however, a woman of faith, she dealt with it patiently and heroically and gradually converted her fellow servants. She carried out her duties faithfully while making time for daily Mass and prayer.  She died in 1272.  Devotion to her grew and she was eventually canonised in 1696.  Her remains were exhumed in 1580 and were found to be incorrupt.

The incorrupt body of St Zita preserved at San Frediano
The second Saint is St Richard of Wessex, an Englishman.  According to tradition, Richard was king of England (or perhaps that part of England known as Wessex) in the Seventh Century.  He was the father of St Willibald, St Winibald and St Walburga.  He was the brother-in-law of St Boniface, the Apostle of Germany.   It is recorded that in 721 he renounced his throne and estates and with his two sons set off on pilgrimage to Italy, stopping at various shrines along the way.  When in Lucca he fell ill with a fever and died there.  Given his royal status he was buried in the Church of St Frediano where miracles began to occur at this tomb. St Richard of Wessex
Whether he was king of England of Wessex is unsure, probably not - St Bede in his history of England records that Ine was King of Wessex at that time.  Richard may have been a member of the royal family or a noble man - the Luccans may have embellished the story.  Richard is also known as St Richard the Pilgrim, and his tomb is still a place of pilgrimage in the Basilica of San Frediano.

St Richard of Wessex's Tomb
Finally there is a successor of St Frediano, honoured as a Blessed, and buried in the basilica: Blessed Giovanni.  He was bishop from 780 to 801.  A holy man, he is remembered for welcoming the famous statue of the Lord the "Volto Santo" into the city. Blessed Giovanni, Bishop of Lucca, carries the 'Volto Santo' image of Jesus into the city
Of course if we are talking about Lucca we cannot forget one of the most famous Saints whose tomb is situated in the city, in the Passionist monastery: St Gemma Galgani (1878-1903).  St Gemma, a Third Order Passionist, is famous for her mystical life, her stigmata and her battles with the demons.  She is invoked by exorcists as a powerful ally in their work of liberation.  Gemma's remains lie under the main altar in the Passionist church. 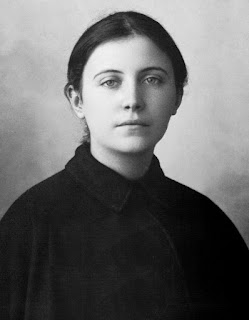 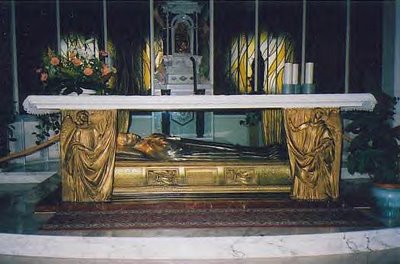 Tomb of St Gemma Galgani, Passionist Monastery Church of St Gemma in Lucca
﻿
Posted by Father Director at 8:00 AM