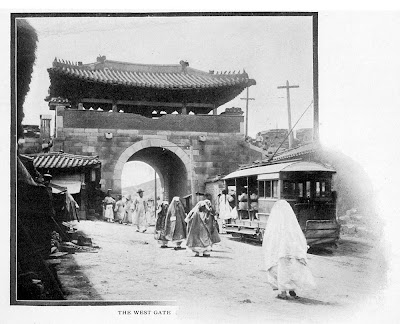 Yesterday I gave brief biographies of the seven Columban priests whose Cause for beatification has been introduced as members of the Modern Martyrs of Korea group.  I also mentioned that two of our Discalced Sisters are among the group.  I have been trying to get some information on them, so this is what I have come up with.  The two sisters were Belgian.
Mother Marie-Mechtilde of the Blessed Sacrament was born Godelieve Devriese in Ieper, Belgium in 1888. She entered the Discalced Carmelite Order in Ypres in 1906.  With the outbreak of the First World War, she and the other sisters in the community had to flee. The monastery was destroyed, and so rather than wait for it to be built she joined the community in Aire in 1917. She was, however, destined to become a missionary and was asked in 1919 to go to a struggling monastery in Smyrna in Turkey to help it re-establish.   That monastery too found itself in a battle zone and it was destroyed in 1922 in the hostilities of the Greek-Turkish war.  She returned to Aire and remained there until 1939 when she was asked to be part of a new monastery in Seoul in Korea.  With a keen sense of adventure, no doubt distilled in the many scrapes she had endured so far, she agreed, and was appointed Prioress of the new monastery.  In April 1939 she and another sister left for Korea, arriving at their new monastery in Seoul in May.
Welcomed by the local bishop, Mother Marie-Mechtilde and her companion sought and found a suitable building to found the new community.  At first they had plenty of money to set the place up, however three months after they arrived World War II broke out and their money was swept away and they were left penniless. The Bishop and Sisters of St Paul of Chartres came to their rescue and Mother Marie-Mechtilde managed to get some form of monastery in place.  Meanwhile the other sisters arrived, and among them is our other martyred sister, Sr Marie-Therese of the Child Jesus.
Marie-Therese was born Irene Bastin in Virton, Luxembourg in Belgium in 1901.  When World War I broke out her parents formed part of the resistance against German occupation.  They were eventually arrested, leaving Irene not only to fend for herself  in the midst of war, but she also took up their mantle and joined a resistance movement, La Dame Blanche.  She too was arrested in 1918, but due to lack of evidence she escaped execution and was freed.   After the war she was honoured and decorated by both Belgium and the UK.  Her heart, however, was set on another place: Carmel.  In 1919 she entered the monastery in Virton.  At her clothing, as she took off her wedding dress and took the habit, she placed her decorations at the feet of the statue of the Child of Prague, renouncing them forever. She remained in that monastery until 1940 when she volunteered to join the new monastery in Seoul.
During the war the sisters suffered greatly.  However, they managed to follow the horarium and keep some food in their stomachs.  American troops were very kind to them and gave them food whenever they could.  At the end of the war, the community still intact, they found they needed a larger building, and so  in 1946 the intrepid nuns moved to a new monastery.  And they began to flourish.  Life as easier and young Korean women, having seen the heroism of the nuns, wanted to enter. From that monastery, other Carmels in Korea began to be founded. However, the shadows returned in 1948 with the withdrawal of American troops in 1948: the threat of communism now began to worry many in Korea.
On the 24th June 1950 the sisters hosted a little celebration for two missionary priests, one marking a Golden Jubilee and two newly ordained.  The next day still joyful from their celebrations the sisters heard that war had started.  Sr Marie-Therese had now succeeded Mother Marie-Mechtilde as prioress and it now fell to her to protect the community from the hostilities - she had been well prepared for it.
The Bishop of Seoul arrived the next day, the 27th to update Mother Marie-Therese and the sisters on the situation.  Seoul was only twenty-five miles from the border with North Korea and the army of South Korea was not good enough to fight off an invasion.  He advised the sisters that the last plane to Tokyo was soon to leave and he wanted the community on it: they had ten minutes to get ready.  Mother Marie-Therese now faced a difficult decision: would they stay or leave?
(More tomorrow)
Posted by Father Director at 8:00 AM