What an eventful few days we have all had.  As the struggle against Obama continues in the US, Cardinal Dolan continues to rally the troops against the HHS mandate - faithful Catholics are not going to give up on this one despite the attempts of those Catholics who follow Obama to explain (erroneously) that conscience and freedom of religion are not being infringed.
I see the White House has told the bishops to abandon orthodox Christian moral teaching in favour of the sort of stuff America magazine peddles.  So there you have it - the Obama administration seems to think that freedom of religion allows the government to tell a particular Church what stance it should take on moral issues: "follow the line of your members who dissent from the magisterium"  I think the First Amendment to the American Constitution forbids such a rebuke.
Meanwhile on this side of the pond, another fine Cardinal is defending the faith, this time in Scotland.  Congratulations to Cardinal Keith O'Brien who has taken on the Cameron administration in the UK.  Cameron and co are committing themselves to introducing full "gay marriage", the Cardinal has reminded them of the natural law and Christian teaching.
I must say it is rather ironic - Cameron was fulsome in his praise of Christianity recently, and how important it was for Britain and how he is committed to supporting it, he sends Baroness Warsi over to the Pope to reiterate the same message, and now here he is taking a few steps backward.  Was it just all talk?  Another sound byte from a politician who wants to build up his contacts and supporters for the next election?
On this little island one of our political parties has voted to adopt the same policy as Cameron. Fianna Fail, once considered a party which respected the Christian roots of our country, are now going to support "gay marriage" and adoption.  Given that the grassroots support for this party is Christian and traditional, this policy will alienate many of them.
Of course this party introduced the Civil Partnership bill a couple of years ago, including penalties for registrars and those who provide wedding services who refused to facilitate these partnership - not only is there is no conscience clause, those who stick to their conscience will find themselves in prison with a huge fine to pay. So much for democracy.
Fianna Fail was all but wiped out in the last election having ruled the country for three consecutive terms - the financial collapse occurred during their watch.  They need to rebuild, and perhaps this adoption of the gay agenda is an attempt to garner support from more liberal minded citizens.  So be it, but they may well alienate their grassroots supporters, which they deserve if they are taking this path to folly.  I hope our bishops will follow the example of Cardinals Dolan and O'Brien and speak out against this regression in Irish politics, and begin to take on the radical agenda which has been distorting the social fabric of Ireland.  Time for the Catholic Church in Ireland to get out of the trenches.
The more things change, the more they remain the same.  Despite the overwhelming historical evidence, much of it compiled by Jewish historians and writers, the old calumny against the Ven. Pope Pius XII continues to be made, and is taken as truth.   This time a Jewish rabbi is rehashing the old lies. This is like the old chestnut wheeled out by the usual suspects who accuse Pope Benedict, and before him Blessed John Paul II, of murdering millions of Africans because of the Church's teaching on contraception - an accusation that defies common sense.  It seems people prefer the lie to the truth, its more convenient and allows them to nurture their prejudice of Catholicism.
The Fr Guarnizo incident in Washington has taken another turn.  After he refused a lesbian Holy Communion at her mother's funeral, he was reprimanded and an apology sent to the woman from the auxiliary bishop of Washington. It turns out that the priest did not disgrace the woman, he refused her quietly so no one knew, and he had had already met her and her "lover" before the funeral.  At that meeting he told her of the Church's teaching and canon 915 which expressly requires a priest to refuse the Eucharist to those in such situations.  The priest fulfilled the pastoral requirements.  The lady chose to defy the Church's teaching in public.  The matter was not as simple as it seemed at first.  It seems, he is the one who is in the right.

Fr Longenecker has an excellent article on the coming persecution: he hits the nail on the head: there will be no blood on the streets - it will all happen in courtrooms, with legislation - with penal laws, basically. Ireland knows all about penal laws - the best way to crush Catholic opposition is to wear it out with laws and legal challenges.

And now, news about new Causes - this is getting to be a monthly feature.  This month we in Discalced Carmel are rejoicing as two of our friars are being put forward as candidates for canonisation.  Fr Marcello of the Immaculata, who died in 1984, was an Italian friar who lived in Ferrara and was renowned for his ministry in the confessional.  Fr Maurizio of the Child Jesus, who died in 1997, was also Italian, but ministered in the Holy Land on Mount Carmel. 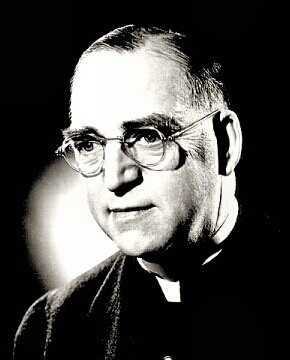 Other new Causes: Mgr Guissani of Communion and Liberation, whom I mentioned last week.  Fr Edward Flanagan, founder of Boy's Town in the US.  Fr Flanagan was born in Ireland, but emigrated to the US when he was eight - a future Irish Saint we hope.  And two lay people: Marcjanna Grzanka, a Polish woman who died in 1941, and Nino Baglieri, a layman who was also a Volunteer of Don Bosco, who died in 2007: he was a suffering soul who became a model and advisor for many.
Posted by Father Director at 8:00 AM