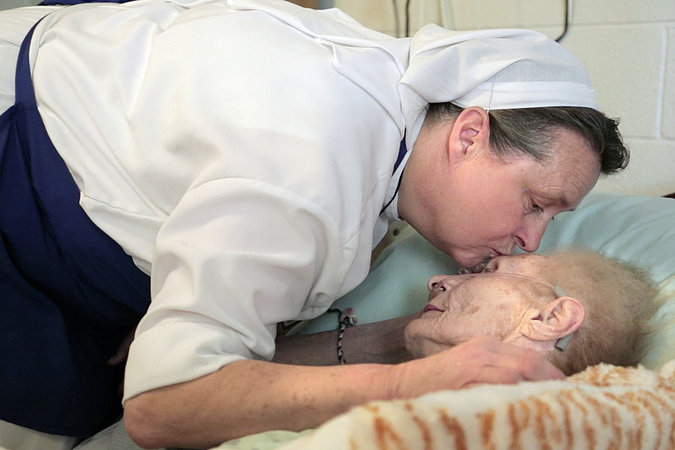 My sister-in-law, Caroline, is a nurse, and a good one at that. She has extraordinary diagnostic skills, as many experienced nurses do, and even though members of her family and friends have suggested she switch careers and become a doctor she has refused: she is called to be a nurse and that is what she is going to do. There is something unique in nursing, and she wants to live that for those under her care. In this she is like many dedicated nurses around the world. And even though nursing is now weighed down with tonnes of administration, women and men in the nursing profession prefer to be with the sick, offering that personal attention and service which is the hallmark of their vocation.

One of the challenges many of these nurses face is the growing concern for the dignity of human life, be it due to an increasing commercialization of the medical sector, budgetary concerns, fear of litigation, a developing impersonal approach in order to appear professional or indeed the shadow of the culture of death in which compassion is redefined so as to sacrifice the promise "to do no harm". Today many wonderful nurses are now being implicated in the practice of euthanasia, and so instead of caring for human beings at their most vulnerable moments, they may well be killing them. The recent report on the situation in Belgium which I reflected on a few days ago is revealing in this regard.

Well I came across a recently made documentary which seems to be a wonderful exploration of the vocation to nursing, nursing in the cause of life. The American Nurse follows the lives, work and experiences of five nurses in five different areas of work; one of them is a nun, Sr Stephen who works in a nursing home. These five nurses appear to be extraordinary people. Some have chosen not to work in regular nursing, but decided to go out to those who have "fallen through the cracks" of human society in order to bring an attention and care which those people may not otherwise have. (See an article on the movie here)

You might just say a prayer today for all our nurses. They are in the front-line, and if the message of the sacredness of human life is to be heard again, their work has a vital part to play in proclaiming it. Here is the trailer for the documentary:

Posted by Father Director at 7:01 AM

Email ThisBlogThis!Share to TwitterShare to FacebookShare to Pinterest
Labels: culture of death, culture of life, nursing