The Last Emperor, The Lord's Servant In these years of commemoration of the First World War, the figure of Blessed Charles of Austria, may be studied in greater depth by historians. He was an important figure, one who sought peace in the midst of war and was willing to take chances to achieve that peace. That he failed to do so is no fault of his, the hearts of all parties in the war had been hardened, as feared by US president Woodrow Wilson.

Some historians regard Charles as naive, even incompetent, a man ill-suited to his role. I do not agree with this, he was a man, perhaps not well versed in the ways of political intrigue - he had too much integrity for that, but he was a realist, a realist in that he saw what war was, how ugly it was, and he did not care about a victory, he was not prepared to pay any price for victory, he sought peace. He alone of all the combatants listened to the pleas of Pope Benedict XV and did what he could to respond to them.

It is also interesting to note that of all the leaders in that war he fared the worst. As the Kaiser settled into a life of comfort in Switzerland, Charles, refusing to renounce what he saw as his duty of service to his people, would not abdicate, and so faced exile, separation from his children for a time, and then an early death.

In these years of commemorations, as we remember the dead of World War I, as we lament over the uselessness of war, and of this war in particular, as we remember peacemakers, let us promote one of the greatest of them all: Charles of Austria. Today is his feast day, he was one of the last Beati declared by St John Paul II, and he may well be canonised soon as a strong miracle is making its way through the Congregation of Causes of Saints. How wonderful it would be if he were to be canonised during these years of remembrance.

May Blessed Charles intercede for us all; may he pray for peace, for peacemakers and for the hearts of those torn apart by anger, violence and despair. 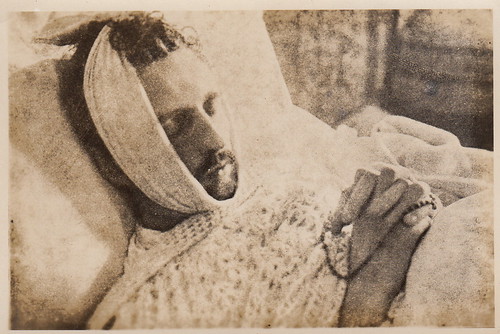 Blessed Charles moments after his death
Posted by Father Director at 7:00 AM

Email ThisBlogThis!Share to TwitterShare to FacebookShare to Pinterest
Labels: Blessed Charles of Austria