Time To Say NO! 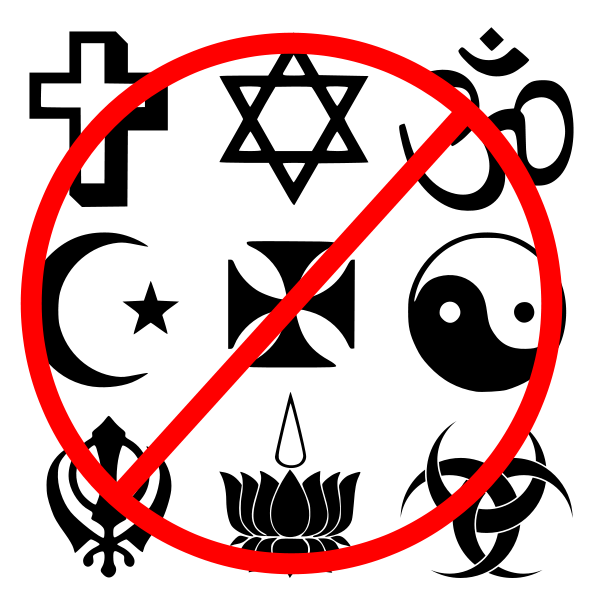 The committee charged with examining patronage of primary schools has issued its report, and, surprise surprise, it is nothing more than another attack on the Catholic Church and her patronage of schools.  In its recommendations, the report says that religious education should not be conducted in schools, prayer should be changed so as to be more inclusive ie not Catholic prayers, and religious symbols of all faiths should be on display rather than Catholic religious symbols.  Now remember they are not talking about state schools here - they are talking about Catholic schools.

So to sum it up: the report is recommending that Catholic schools should not be allowed to be Catholic, but rather conform to a secularist, left-wing, relativist agenda.  That's objective for you in modern Ireland.

Well, the Church's response to this should be very simple: No way, and then just get on as per normal and ignore any efforts the Minister for Education makes to force Catholic schools to conform.  But will the hierarchy and Catholic parents do that?  Certainly the parents of Ashbourne, Co. Meath, will not be impressed.  They are up in arms because the government told them they cannot have a Catholic education for their children.

A friend of mine said this morning that the report is deliberately extreme so as to force the Church to compromise.  I do realise that there has been a tendency in the Church here to compromise even when she does not have to.  She relinquishes certain rights in order to reach out.  That may be noble at times, but in the present age with the attack of radical secularism, this is not the time to reach out and compromise - now is the time to fight, and fight hard.   Now is the time to stick by our constitutional rights and tell the government that we will not allow them to take away our liberty here.  The government already has plans for a constitutional convention which will aim at giving Ireland a new constitution - you can bet that the creature they bring to life will be worse than the Frankenstein monster, and the liberties people of faith enjoy in this country will be significantly diminished.  Religious schools will be high on agenda.

Is it not time for the Catholic Church to form alliances with other faith groups?  I have said this before. In Ireland in the past the Church was strong, she had power and could wield that power in the face of governments and politicians.  That was not always a good thing.  Now she has no power, and certainly not with an agressive secularist government headed by a man who wants to break the country's ancient relationship with the Holy See.  Is it not time, then, for the Cardinal, the other Archbishops and Bishops to get talking with other Christian leaders, the new evangelicals among them, with the Chief Rabbi and the Muslims, to form a grand alliance to defy the government?  The Taoiseach and Minister for Education will fob off a delegation from the Bishops, but they will not fob off a delegation of Catholics, other Christians, Jews, Muslims and other religious groups united in a defiant stand against the radical secularist agenda that wants to prevent us passing on the "faith of our fathers and mothers" to our children.

Catholics, much to the chagrin of radical secularists, are the majority in this country.  United with other Christians, Jews, Muslims and people of other faiths, we are the overwhelming majority, and we all want to keep our schools and their individual faith ethos.  If we got together, the government would be very foolish to defy us.  Yes, I'm sure they would try, but by God, if they do not listen to us, come the next election not only can we boot them out of office, but we can wipe their parties off the political landscape.  It was almost done to Fianna Fail in the last election, it can be done again.
Posted by Father Director at 12:55 PM