Further to my post earlier today, here is another example of historical revisionism concerning another Cromwell - Oliver Cromwell. This time Drogheda historian Tom Reilly's belief that Cromwell was not as bad as we Irish had painted him and Oliver is now due an apology from the Irish.

Having served in Drogheda for seven years, I regard it now as my second home, I was aware of Mr Reilly's thesis for some years, the Catholic Herald is considering it now. Not too many Droghedians see things as Reilly does, and the Catholics there, and relations of the priests Cromwell martyred, tend not to have too much patience with the view either.

Anyway, it's out there, at least Mr Reilly is doing his research and arguing from the sources unlike others. He has not won too many to his point of view, and I am not inclined to accept his opinion myself. Every time I pass the Houses of Parliament in London and see the statue of the Scourge himself, mingled feelings of anger and impatience have to be combated with a prayer and an intentional distraction. 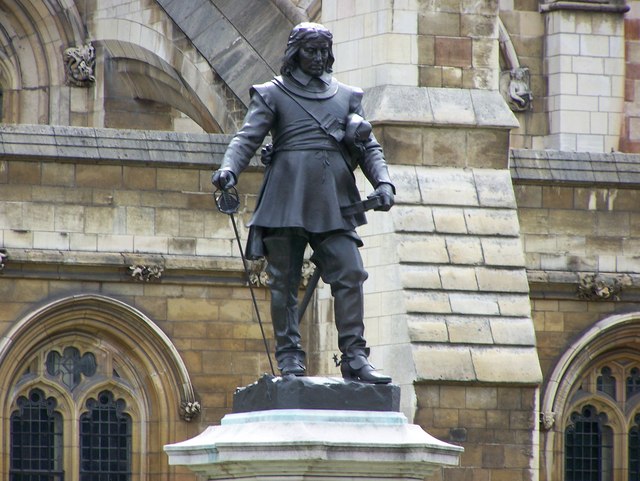 "Just keep walking, Father...Hold it in now!"
Posted by Father Director at 1:01 PM