Persecution In The Middle East 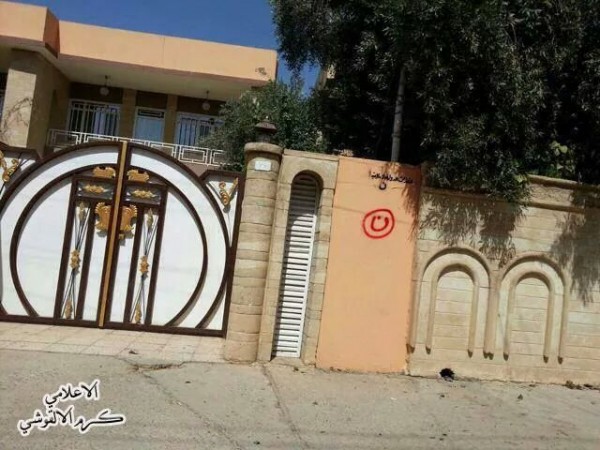 As the world focuses its attention on Gaza, there is another atrocity happening in Mosul and Iraq. As you all know our Christian brothers and sisters are being persecuted - told to convert, pay the dhimmi tax, flee or die. On Christian homes the Arabic letter "n" is being scrawled to show that "Nazarenes" - followers of the Nazarene, live within. It reminds me of the scrawling of the Star of David on the homes and properties of the Jews in the 1930s. The Archbishop of Mosul said a short time ago that his diocese no longer exists.

No doubt you are praying for our Christian brothers and sisters. So far they have shown great courage and have refused to convert to Islam, remaining true to Christ. And of course we pray for peace in the Middle East - for an end to hostilities. The Israel defensive (media call it an offensive, but in reality it is a response to thousands of missiles routinely fired into Israel every week from Palestine, albeit a ferocious response) has led to the deaths of numerous Palestinians - many children among them. Some sources maintain that children and women are used by Palestinian combatants as human shields, and if that is true it is despicable. Israel herself lives under daily threat of annihilation - Hamas has as its declared aim that the Jews and Israel be wiped out. So there is plenty of fuel on both sides to keep this conflict going. And in the middle of all this are Christians.

Today is the feast of St Lawrence of Brindisi, Capuchin priest and Doctor of the Church. Lawrence, among many other ministries, was an army chaplain and he led the Christian armies against the invading Muslim Turks at the battle of Székesfehérvár, Hungary, in 1601 - it was one of the notable battles which saved Christian Europe. Armed only with the crucifix he ran out into battlefield. May this courageous saint, preacher of the Word of God, defender of Christians, intercede for our suffering brothers and sisters in the Middle East in these difficult times. Through his intercession may we have peace and may the Archbishop of Mosul return to his diocese with his flock to continue living the Christian faith which has been lived in that part of world since early times.

Posted by Father Director at 11:46 AM